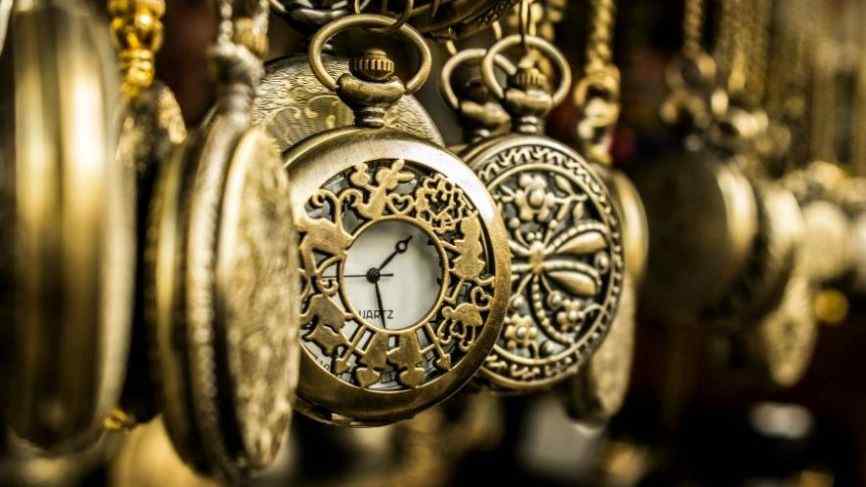 For over 12 months now, we’ve lived with global change due to COVID-19, and we have all responded to it with the typical human response to change.

The pandemic has destroyed our security, routine, and predictability at a level almost no one alive has experienced before. Jobs, industries, and vocations that seemed secure were suddenly in jeopardy. The stable image of the future we planned on and expected was broken.

The global response was full of fear, denial, anger, sadness, disorientation, frustration, and most of all, uncertainty.

I wrote in my last blog that as vaccines are produced and approved for use, we have begun to see the light at the end of the tunnel. We began to see possible relief from the unknown, the constant barrage of depressing statistics, and the anxiety of too much novelty and chaos.

The vaccines give us hope that things could soon get back to “normal.” For some, normal is viewed as a hope that we will quickly return to “the way things were,” while others see it as establishing a “new normal” that will be different from what was before the pandemic.

Spring, effective vaccines, decreasing numbers of cases and deaths have all affected us collectively. It is a palpable feeling of optimism and possibility. It is hard to describe, but many I have spoken to feel it, and it is reflected in a changing attitude towards the virus.

The commonality in our collective response is, “Hey, this is almost over! It won’t be long now.” This new hopefulness is clearly seen in easing restrictions on businesses, facility usage, and mask mandates at the top government level in many states.

When my state, Texas, first tried to ease out of the initial lockdown of March and April of 2020, the governor started with opening up 25% and then two weeks later upping that to 50%. At the time, the significance to me was that a set time frame had been declared – 25% now 50% in two weeks. My response was, “Based on what?” No one had an answer as it was a decision based on denial rather than the facts.

We wanted to believe that the difficulties we faced during the lockdown were over and that we were ready to “move on.” We wanted it so badly that we attempted to dictate our timeline to the virus. We all know how that went! A subsequent surge of cases, deaths, the restoration of gathering restrictions, and the implementation of mask mandates.

This first premature attempt to “return to normal” was doomed to fail even if it was predictable.

When change happens, and the shock of recognizing what we have lost settles in, we are plunged into the neutral zone of transition. The neutral zone is a place where the old rules do not apply, and the new rules are unknown.

It is uncomfortable and chaotic. The dominant emotions are rapidly alternating fear and excitement, confusion and clarity, and anxiety and exhilaration. These emotions are hard to sustain, and there is a pull to go back to what was or a push to “get going again.” In either case, the attitude is, “What can I do to get out of this discomfort and pain?”

However, the longer we can sustain the neutral zone’s uncertainty, the more we integrate what has changed into our lives. When changes are small, like those that affect a single person, a family, a department, or even an organization, there are often places of respite that can be found. These allow us places to rest where things are still “as they were” and give us time to assimilate the changes taking place elsewhere in our lives.

When the change is global, there is little respite anywhere.  The need to find a place to rest or to get away from the discomfort is strong.

Early in the transition process, the dominant experience is often a denial that things have changed, accompanied by a belief that we can quickly go back to the way things were. The impossibility of this is brought home quickly when attempts to “get through this quickly” fail. This is what happened in May of 2020 as we tried to reopen too soon, and the result had a sobering effect on the world. We realized this was no “lark,” and we hunkered down to face it.

Now, here we are, ten months later, further along in the transition process, tired of social distancing, tired of wearing face masks, and tired of hearing about COVID.

We are ready to get back to work and “put this thing behind us.” At this point, through sheer exhaustion, we are in danger of a second type of transition failure – false new beginnings.

More people have accepted that things have changed but are ready to find relief. Those who have not are even more fed up than they were in May 2020 and have been throughout the whole pandemic. It doesn’t matter into which group you fall; we are all ready to be done!

So, it is no great surprise the way many responded to announcements lifting COVID-related mandates at the state level. As of this writing, at least 19 states have lifted some or all their COVID-related restrictions.

When the governor of Texas announced business could open up 100% and we no longer had to wear facemasks, there was a collective cheer by many that was reflected in immediate posts on the Nextdoor app. There were verbal high fives, patriotic flag-waving, celebratory exclamations, and a general tone of thankfulness that we were done.

There were indeed sober voices as well, but the overwhelming tone of the responses was captured in one post that wondered why Kroger and Target announced that they would keep their facemask requirements in place until further notice. It was a post of confusion and outrage. After all, the governor had declared that we didn’t need to do that anymore!

The biggest problem with the decisions to remove Covid-related restrictions is that they seem to be based on arbitrary declarations that “all is clear.” Real new beginnings do not happen just because we are fed up with difficulty and distress. We are not in control, and no amount of denial will change that.

The medical response has generally been that dropping the restrictions at this time is premature, that we are still collectively in danger, and that we needed not to let our guard down. But that’s not very popular, resulting in reactions like, “But what do they know? They are just trying to keep us from moving on. It’s time to get back to normal.”

The most interesting thing about the situation is not who is right and who is wrong; it is the powerful need that people have to move out of the chaos and uncertainty they are experiencing now and get back to something that feels stable.

It is a predictable response to a voice of authority and leadership at this stage of transition, but it is as dangerous a trap as trying to go back to the way things were.

We have been in the neutral zone for almost a year now.  The hope of a resolution to that uncomfortable experience is just too strong to ignore.

Original predictions about how long quarantine and lockdown would have to last were wrong. We have been repeatedly told that a return to “normal” would occur after a reliable vaccine was found.

The drive to get out of the neutral zone is stronger than new information regarding mutated viral strains, continued large numbers of new cases and deaths, and medical predictions that we are in a lull right now that is expected to flare again in the summer and next winter.

This jump to grab at a solution before all the facts have been accounted for and all the consequences considered is known in change theory as a premature new beginning. Integrating change requires us to let something go and open to the possibilities of something new and previously unknown.

When we are between the “letting go” and the “something new,” exactly where we are right now with COVID, the security promised by a return to what was as we experienced last May, and the relief of “finally getting through it” are powerful forces. Too difficult for many to resist.

Premature new beginnings allow us to get “off the hook” of considering new ways of being. They allow us not to struggle with discovering how to fully integrate the change that has occurred. The most important problem with them is that they often fail, and that failure can have significant consequences.

The failure of premature new beginnings forces us back into the neutral zone to complete the work that we ran from, and in so doing, increase the pain of change by creating feelings of despair (“Will this ever end?”), cynicism (“We were lied to again!”), and burnout (“I don’t care anymore!”).

The global COVID pandemic has changed things. There is no going back to “the way things were.” Those who insist differently will be left wondering what happened as real new beginnings unfold. None of us know about all the things that have and will be changed. The full extent of what has changed will not be known for years, but it is hard to deny that things are already different.

So, take a hard look at what has changed or is changing in your life because of the pandemic. How will life be different for you as you accept what is gone and embrace what is coming?

Allow yourself to grieve what has been lost forever, acknowledge what is different now, and open yourself to, currently unknown, future possibilities.